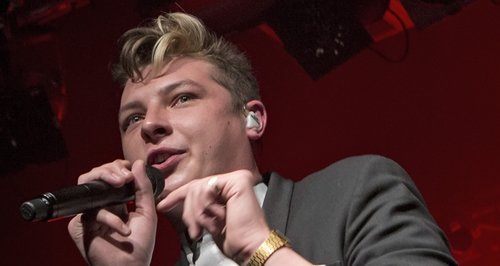 The 'Love Me Again' star will make his debut at this year's event next weekend.

John Newman has been speaking to Capital ahead of his debut appearance at Capital FM's Jingle Bell Ball next weekend.

The 'Cheating' singer will perform on Sunday 8th December at London's O2 Arena on the same night as the likes of Lady Gaga, Jason Derulo, Jessie J and Dizzee Rascal.

The star admitted he couldn't believe he was involved in such a huge show having only released his debut album back in October.

Despite the huge occasion, John is looking forward to performing in front of 16,000 fans.

"It's cool man. I get buzzy off these sort of things and I'm already looking forward to it," he confessed. "I feel great and I'm sure I will. Again it's one of those occasions where you get to see everybody and the vibe's good and it's fun."

Night one of the Ball on Saturday 7th December will feature Katy Perry, Disclosure, Rizzle Kicks and Olly Murs.