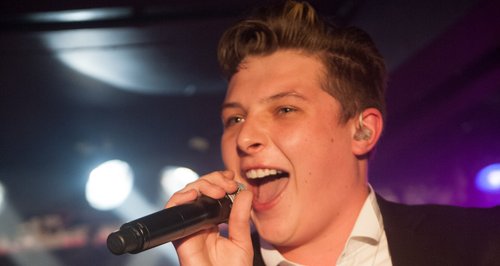 The 'Love Me Again' singer plays toy instruments to introduce the last name added to the line-up for this year's show.

The 'Cheating' singer will perform at London's O2 Arena on Sunday 8th December during a show which already includes the likes of US superstar Lady Gaga, Lawson, The Vamps, Jessie J, Little Mix, Dizzee Rascal and Rudimental.

John topped the UK album charts last month with his debut 'Tribute' and had a top three single on the Vodafone Big Top 40 with 'Love Me Again'.

He will also head out on the road for his biggest UK tour to date in January 2014.

Watch John Newman teasing the final act for Sunday night at the Jingle Bell Ball below:

As well as confirming his appearance, John also helped to introduce the final act of the Jingle Bell Ball via some toy instruments.