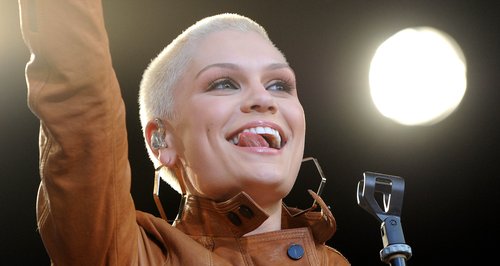 The 'Till I'm Gone' rapper performed outside the art gallery while Summertime Ball performer was also there.

Jessie J and Tinie Tempah performed outside the iconic Tate Modern gallery in central London last night as part of the ONE campaign.

The 'Domino' singer and 'Pass Out' rapper Tinie both tweeted their support for the cause, ahead of this month's G8 summit, and took to Twitter to share their views about the political campaign.

"About to go live on stage @Tate for the @ONEcampaignUK #agit8 check out the campaign," Jessie J tweeted Thursday (13th June) before the event. "Still so much work to do but changes are being made!!"

Jessie performed by wrapping up in a dark tan leather jacket and leather-look leggings, and was personally thanked by the ONE campaign after the show.

"@JessieJ Thanks for an incredible performance and getting out message out so perfectly," they posted to the 'LaserLight' singer. "Amazing night for everyone at ONE."

Check out a picture of Tinie Tempah performing live at that Tate Modern below (Credit: Getty):

Among other performers at the event to raise awareness of poverty across the globe include Sir Tom Jones, Jake Bugg, Paolo Nutini and Alison Moyet.

Check out a shot of Jessie J on stage at the event below (Credit: Getty):

Tinie Tempah is still working on his second studio album which is widely expected to see release sometime this year.