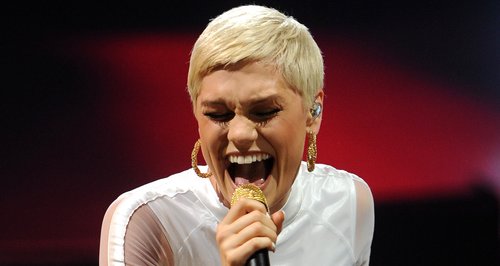 The 'Calling All Hearts' singer teases her appearance at Wembley Stadium this June.

Jessie J has been teasing her appearance at the Capital Summertime Ball, labelling it as the perfect event to debut her new music.

Talking about what to expect from her #CapitalSTB set with Marvin Humes, the 'Wild' singer explained, "New music is probably the most exciting thing. Yeah a brand new single hopefully by then."

"I'm excited to be able to showcase it at the Summertime Ball," she added.

The 'Wild' singer was confirmed for this year's event during the Capital Breakfast show this morning (Thursday 8th May). The chart-topping star will perform alongside the likes of Miley Cyrus, Pharrell, David Guetta, and Cheryl Cole, at the event at Wembley Stadium on Saturday 21st June 2014.

Capital Summertime Ball tickets go on sale tomorrow (Friday 9th May) at 8am. You can get them here online at capitalfm.com, or via the Capital ticket line on 0330 33 33 958. Capital VIPs and Vodafone customers can get their tickets early in an exclusive VIP pre-sale.