The 'Who You Are' singing is busy putting the finishing touches to her latest record.

Jessie J was all smiles as she headed to the studio in New York yesterday (3rd March) to continue work on her new album.

The 'Domino' singer looked stunning in a revealing black outfit, which showed off her long legs.

Jessie teamed the cosy looking knitwear with a grey leather jacket and a bold pair of black sunglasses.

The star is currently busy putting the finishing touches to the follow-up to her debut album 'Who You Are'.

Jessie later tweeted pictures of herself in the recording studio yesterday, where she said she was working with the best sound engineer she had every collaborated with.

Jessie J arrives at a recording studio in New York, where she is working on her new album: (picture: Splash) 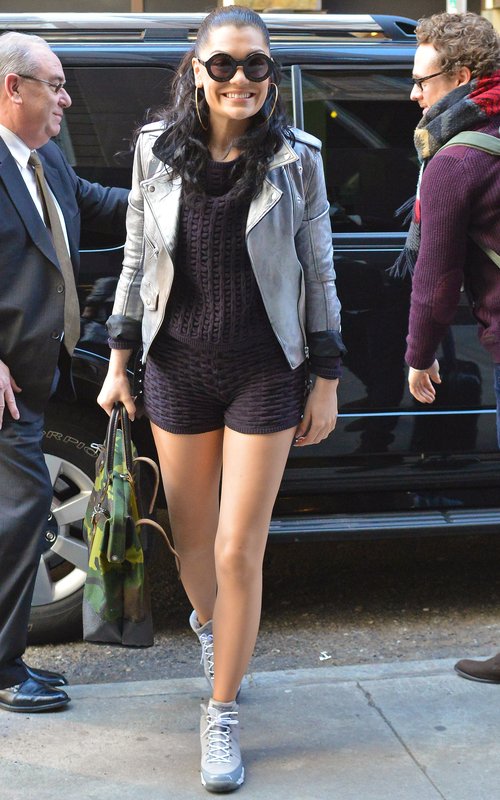 Jessie has yet to confirmed when she plans to release her new album, but it is expected to arrive later this year.

In December, Jessie J delayed her upcoming UK arena tour until October to give herself more time to work on her new album.