The 'Price Tag' singer reveals the show is pre-recorded and fans shouldn't expect to see her with her new look.

Jessie J has taken to Twitter to hit out at comments she is wearing a wig in the latest set of promos for the new series of The Voice.

The 'Domino' singer shaved off all her hair for charity earlier this month and posted a new picture with her growing locks this week as well as a comment informing fans that the entire show is pre-recorded.

"This picture is for ALL the people who love to 'create' I am NOT wearing a wig in my Voice promo advert!"

She added: "EVERYTHING WAS FILMED PRIOR TO ME SHAVING MY HEAD THE WHOLE SERIES! So give your mean thumbs a rest and go hug someone!"

The singer will hit TV screens next weekend for the next series alongside returning judges Sir Tom Jones, Danny O'Donoghue and Will.i.am.

Check out a picture of Jessie J with her shaved head below: 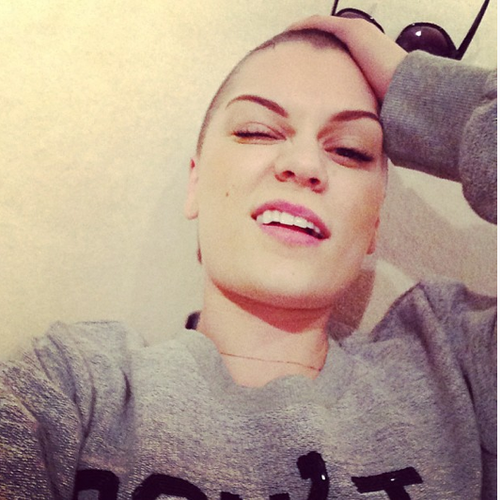 Meanwhile, the 'Who's Laughing Now' star is currently working on her new studio album and told fans that she's picked her next single.

She has also been teasing details of the tracklisting for her new record which is expected to be released sometime this year.