The 'Price Tag' singer showed off her toned physique and shaved head in a chic black party outfit.

Jessie J was pictured enjoying a night out with photographer Rankin as the pair celebrated the launch of the new Hunger magazine.

The 'Who's Laughing Now' star was all smiles as she joined celebrity guests for the event as the publication showcased their Girls, Girls, Girls edition.

The Voice coach is one of the cover stars for the magazine and opted for a strappy black dress with thigh high splits.

The party was being held at the Apartment 58 nightclub in the capital and the star was vocal on Twitter with her thanks to Rankin.

She tweeted: "Hunger launch party!! Thank you Rankin for letting me be on the cover!! Out now!!"

Check out a picture of Jessie with Rankin at the party launch below: 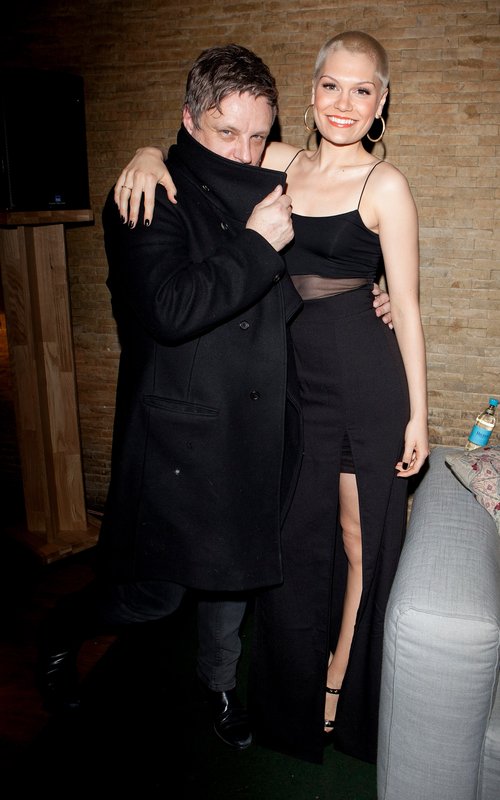 Meanwhile, the singer is also currently working on her new studio album.

The 'Domino' singer has been keeping her fans updates on progress of the record and said she has her album tracklisting and first single ready to go.