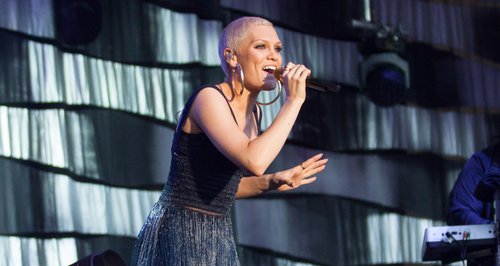 The 'Wild' singer has been performing another new song in recent weeks at her UK concerts.

Jessie J performed a brand new song called 'Square One' during her concert at The Eden Project in Cornwall over the weekend.

The 'Domino' singer has been teasing new music for several weeks now after her return with new single 'Wild' last month, and treated fans in Cornwall on Saturday (13th July) to another new track.

The song, called 'Square One' features a mid-tempo melody and is expected to feature on her upcoming second studio album later this year.

Watch Jessie J's performance of a new song called 'Square One' below:

The Eden Project performance saw Jessie sing all of her biggest hits to date, opening with a rendition of 'Price Tag' and finishing with her recent Vodafone Big Top 40 hit 'Wild'.

Jessie J also confirmed last week that she has written and recorded a song called 'Hero' for the soundtrack of Kick-Ass 2.