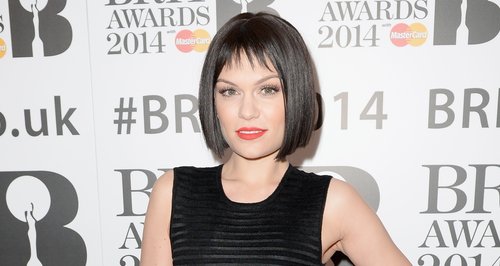 The 'Wild' singer is also celebrating being nominated for British Female Solo Artist at this year's awards show.

Jessie J showed off a brand new look at the BRIT Awards 2014 nominations party tonight (9th January) in central London, opting to return to a dark brunette bob style to kick off the new year.

The 'Thunder' singer wowed photographers on the red carpet at this week's event, showing off her dark brown bob and fringe while wearing black textured minidress for the evening.

Jessie is also celebrating after being confirmed as a nominee for British Female Solo Artist at next month's awards show, following her huge success in 2013 with new album 'Alive'.

2013 memorably saw Jessie shaving her hair off for charity, going on to debut a number of different styles over the year with multiple colours and a quiff hairstyle while growing out her locks.