Jessie J At The iTunes Festival 2014: The Highlights 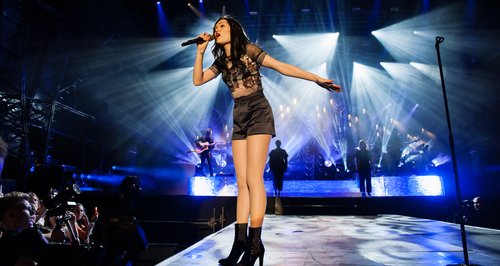 The lady with the MASSIVE voice raised the roof of the Roundhouse with three tracks she had never before perfumed live including 'Burning Up'.

The Roundhouse was THE place to be last night for Jessie J's incredible iTunes Festival performance - including three tracks she had never before performed live.

Complete with glitter cannons, smoke machines and balloons aplenty - and even a VERY exciting guest performance by the one and only Tinie Tempah - the #heartbeats were treated to an incredible vocal performance fro, Jessie.

Heartbeats queue to get front row in Camden's Roundhouse

Jessie chats to Max about playing iTunes Festival and gives us a #exclusive first play of her new single 'Burning Up', as performed live.

Jessie takes to the stage with a bit of air guitar to kick things off, why not!

Crowd favourite 'Domino' got everyone dancing

With some signature riffs, 'Bang Bang' brought the roof down

Ready for the new one? Jessie performed 'Burning Up' to her heartbeats and a packed crowd of spectators, WE LOVE IT JESSIE!

Check out FULL Highlights Of The iTunes Festival 2014 Line-Up