Jessie J Shaves Off Her Hair For Charity On Live TV: "It Feels So Liberating"

The 'Domino' singer says goodbye to her famous locks as she took part in the Comic Relief stunt.

Jessie J has tonight (15th March) shaved off her hair for charity.

The 'Domino' singer star performed the stunt on live TV as she raised money for Comic Relief.

The singer was first seen with half of her head shaved as Lenny Henry pleaded with the star to back out of the cut.

Speaking shortly after the head shave too place, she said: "It's the weirdest feeling."

"It feels so liberating, but it isn't really about this – it's about donations," she added.

Earlier this week, a Jessie lookalike also performed the same head shave in a bid to raise money and gave the singer an insight into what she would look like.

Check out a picture of Jessie J with her newly shaved head below: 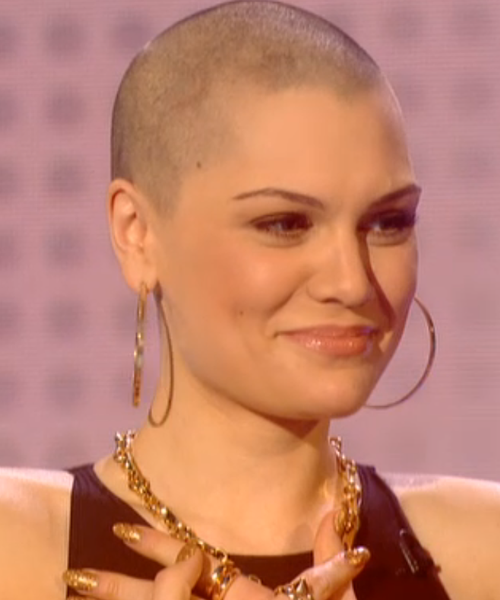 Meanwhile, the singer is currently preparing to hit screens for the new series of The Voice and has been promoting the show alongside fellow judges Will.i.am, Danny O'Donoghue and Sir Tom Jones all week.