Jessie J Thrilled To Be Back On Stage For London Charity Concert: "What A Moment"

The 'Domino' singer appeared on a star-studded line-up in the capital last night.

Jessie J has confessed that she was thrilled to be back on stage at Wembley Arena in London last night (6th March) as she took part in Russell Brand's charity concert.

The British comedian had a star-studded line-up taking part in the Give It Up for Comic Relief event, which also featured the likes of Noel Gallagher, Rizzle Kicks and a host of TV stars.

The 'Who You Are' singer arrived on stage wearing a pair of black PVC shorts and gave a rousing rendition of 'Price Tag'.

"Wow that was crazy!!! What a moment!! Wembley Arena opening for @rednoseday "Give it up"," she tweeted shortly after coming off stage. "Felt so good to be back on stage!!!"

After her show she also told fans that she was celebrating with a box of chocolates and a chick flick movie.

Check out a picture of Jessie J during her performance in London below: 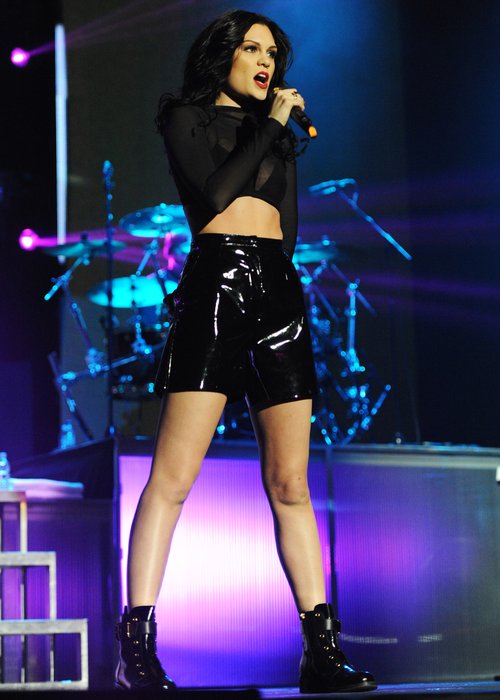 The singer's appearance came shortly after she announced that the tracklisting for her second studio album has been selected.

Jessie is also taking part in a charity stunt, where she will shave off her hair.

Rizzle Kicks told Capital FM that they think the 'Do It Like A Dude' singer will look "cool" with her new look.