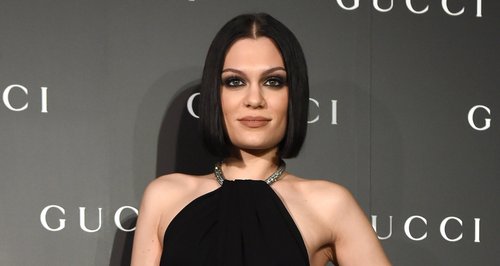 The 'Burnin' Up' star chats openly about her romance with the singer-songwriter.

Jessie J is officially smitten… and has described her boyfriend Luke James as "amazing".

The UK star is usually very private about her love life, but this week chose to go public with her romance with the New Orleans based singer.

Jessie says she's "really happy" with her new romance, while gushing about him during a TV interview this week.

"He's an artist from New Orleans. I met him in New York. He's amazing!" Jessie said on Loose Women this week. "He's a singer-songwriters. It was in the papers that he's a rapper, he's not a rapper, he's a singer.

"He's incredible, I'm really happy," she explained. "It's early days but I think as you get older you experience different kinds of love through your life and I've got to the point where I want to celebrate someone that I've found."

Jessie J is just one of our INCREDIBLE acts playing the Capital Jingle Bell Ball 2014 with Morrisons on the weekend of the 6th and 7th December, alongside other AMAZING artists like Taylor Swift, Take That, OneRepublic, Ed Sheeran and 5 Seconds Of Summer.

The #CapitalJBB is now SOLD OUT but keep it Capital in the lead-up to the Ball for your chance to win tickets to the big show.