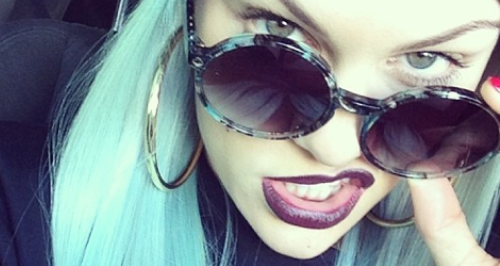 The 'Price Tag' singer was also spotted enjoying a hike in the Hollywood Hills after her arrival.

Jessie J has adopted yet another new look this week after changing up her style with a long, blue hairstyle.

The 'Thunder' singer flew out to Los Angeles over the weekend to start work on a new secret project, and revealed her latest style makeover on Instagram yesterday (15th January).

Jessie was also pictured this week enjoying a hike out in the Hollywood Hills with friends in Los Angeles, where she wore her hair in her recent short, brunette pixie cut.

This week Jessie teased to Capital that she is working on a brand new single during her stay in Los Angeles, that is linked to the "next big thing" after the London 2012 Olympic Games.