The 'On The Floor' singer was seen all smiles as she met up with the father of her two twins Emme and Max.

Jennifer Lopez was seen reunited with her former husband Marc Anthony as they attended a school event for their twins Emme and Max.

The stars were seen outside the Los Angeles school and the 'Live It Up' singer was all smiles sharing a joke and wearing a white maxi-dress.

Since then the 'Jenny From The Block' star has been dating her backing dancer Casper Smart.

Check out a picture of Jennifer Lopez and Marc Anthony at their kids' school below: (Picture: Flynet) 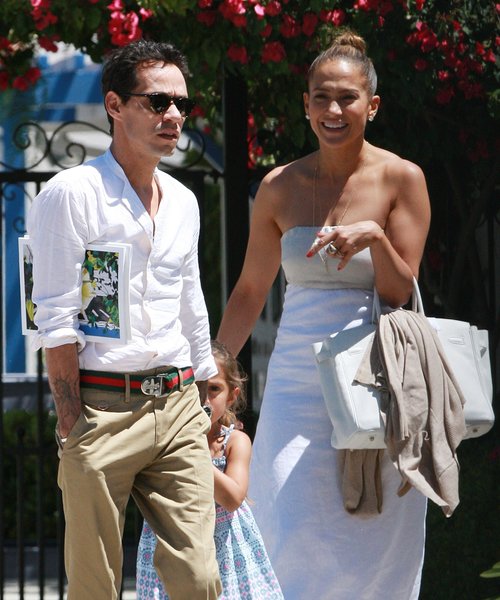 J-Lo was also recently awarded a star on the Hollywood Walk of Fame – becoming the 2500th person to do so.

She is currently working on her new studio album and has already been in the studio with R&B star Chris Brown.

Jennifer Lopez & Ben Affleck Married For A Second Time: Inside The Fairytale Wedding