Jennifer Lopez Reveals She Was Homeless As An 18 Year-Old

The 'On The Floor' singer speaks about her time before fame and crashing on the sofa in her dance class.

Jennifer Lopez has revealed that she was homeless as an 18 year-old.

The 'Live It Up' star told the latest edition of W magazine that she and her left home following a dispute with her mother and ended up finding shelter where she could.

"My mom and I butted heads," she told the publication. "I didn't want to go to college - I wanted to try dance full-time."

The singer continued: "I started sleeping on the sofa in the dance studio. I was homeless, but I told her, "This is what I have to do'."

Check out a picture of J-Lo with her two twins and boyfriend Casper Smart out together this week below: (Picture: Flynet) 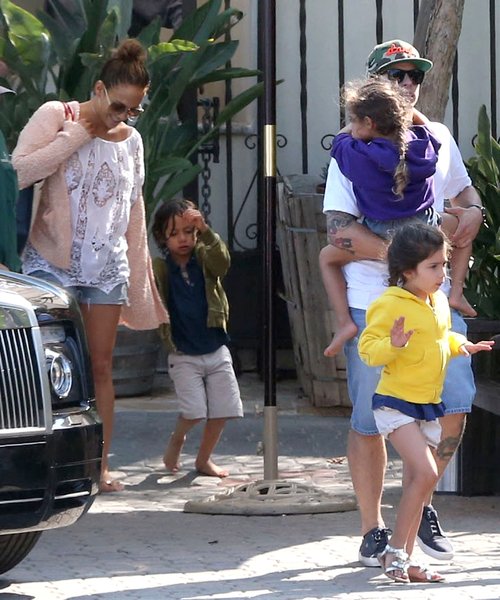 The star was recently joined by her family as she was handed a star on the Hollywood Walk Of Fame.

The star was also seen reuniting with ex-husband Marc Anthony for a school visit with their children recently.

Shakira Wagged Her Tongue At The Super Bowl Half-Time Show, But Why?