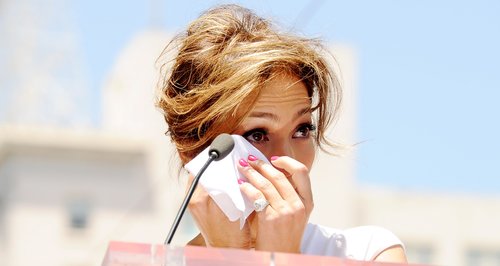 The 'On The Floor' singer was accompanied to the ceremony by boyfriend Casper Smart.

Jennifer Lopez was seen in tears as she became the 2,500th recipient of a star on the Hollywood walk of fame.

The 'I'm Into You' singer was accompanied by her five year-old twins Max and Emme at the ceremony as well as boyfriend Casper Smart.

The singer was wearing a huge peach taffeta skirt and brought a tissue to her eyes as she couldn't stop the waterworks.

Her parents David and Guadalupe were also in attendance as they looked after the grandchildren during the main proceedings.

She also took to Twitter to reveal how thankful she was for her fans and family. 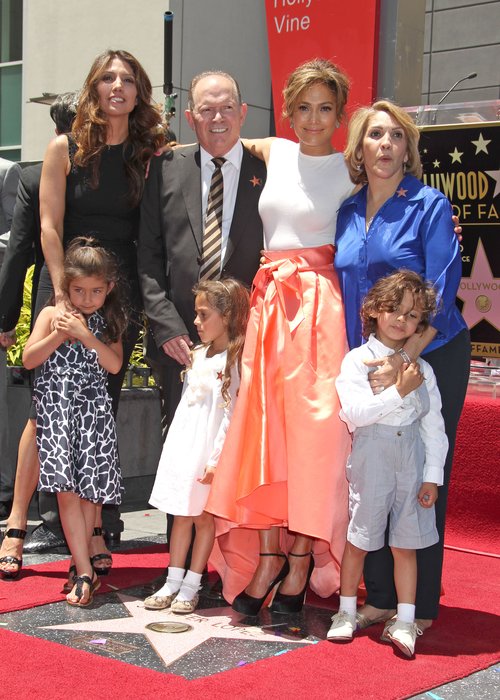 "Today is only possible b/c of my family, friends & fans. I’d LOVE if u could be a part of this celebration w me live!" she wrote. 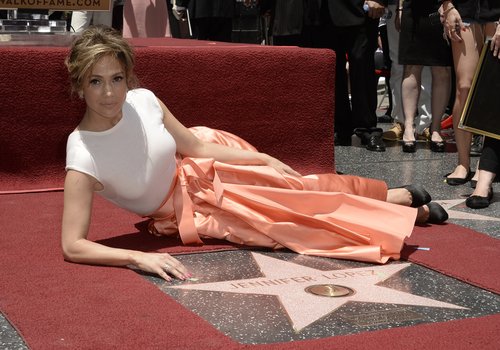 J-Lo is currently working on her new studio album and was recently seen in the studio with Chris Brown.

She said the collaboration between the pair had a very "'Jenny From The Block' type of vibe."