Jennifer Lopez Teams Up With Chris Brown For New Album

The 'On The Floor' star shares a picture of herself with the R&B singer in the studio.

Jennifer Lopez has revealed that she is working with Chris Brown on her forthcoming tenth studio album.

The 'I'm Into You' singer shared a shot of herself with the 'Don't Wake Me Up' star on Twitter this week and said they were "making history."

A source also spoke to Us magazine about the pair's collaboration and said they heard "a lot of bass" emanating from the studio.

Check out a picture of J-Lo with Chris Brown in the studio working on her next record below: 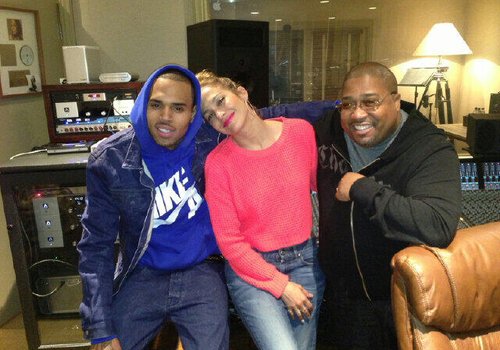 J-Lo most recently teamed up with rapper Flo Rida on 'Goin' In' and has also worked with the likes of Pitbull and Lil Wayne in recent years.

Meanwhile, Chris is also currently working on his new album and was spotted shooting the music video for his next single 'Fine China' recently.