The 'Sweet Nothing' singer is said to be in line for a role in the brand new trilogy of the sci-fi franchise.

Florence Welch is reportedly being eyed up for a potential lead role in the new Star Wars trilogy.

The Florence + The Machine singer is said to have caught the eye of film executives working on the highly anticipated new project, who are said to be keen for "unexpected" actors and actresses to be cast in the films.

"We think Florence has the exact style we are looking for," a source working on the film project revealed to The Sun this week. "She has done some acting, but it was her singing on stage that initially caught the eye.

"Almost every actress in Hollywood wants a role in the new movies but we are keen to cast people who are unexpected," they revealed. "Florence is being considered for a major part that would turn her into an A-list actress overnight."

Last year Disney brought the rights to the Star Wars franchise and have since announced that Star Trek director JJ Abrams will direct Star Wars: Episode VII, with filming beginning early next year for a potential release in 2015.

View a picture of Florence Welch out on the red carpet at Cannes Film Festival 2013 with Lana Del Rey below:

'Shake It Out' singer Florence Welch has made no comment about reports linking her to a role in Star Wars, and most recently released a song called 'Over The Love' as part of the soundtrack to Baz Luhrmann's The Great Gatsby adaptation. 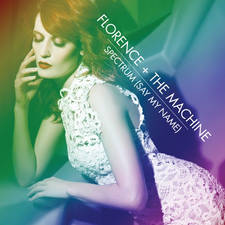