The 'You Got The Love' singer climbed into the crowd to try and calm down members of the audience.

Florence Welch broke up a fight between members of the audience during a gig in Aberdeen over the weekend.

Video footage shows the Florence + The Machine singer pausing 'Shake It Out' to try and calm audience members near the front of the crowd.

The star added: "I can't sing this song while there is a fight going on in front of me. It doesn't matter who is right or wrong, just sort it out and be friends. I feel like a teacher."

Florence then spotted a girl crying and asked her if she was OK, before climbing down from the stage and giving her a hug.

Florence's recent UK tour has seen her play arena gigs around the country with support from Haim.

Meanwhile, the 'You Got The Love' singer joined The Rolling Stones at the O2 Arena last month as part of their 50th anniversary tour gigs. 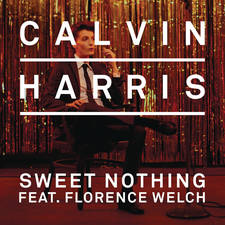 Sweet Nothing
Calvin Harris feat. Florence + The...
Download on iTunes