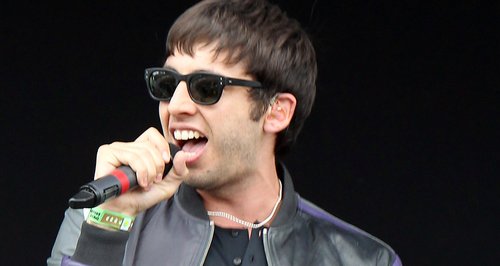 The 'Say Nothing' singer chats to Capital all about stripping things back for his next tour.

Example has opened up exclusively to Capital about his new intimate 'Ultimate Weekender' tour kicking off in March.

The 'Close Enemies' singer has vowed to "get back to basics" with the short tour, launching in two months to tie in with the release of his new single 'Kids Again'.

"There's been loads of people out there saying, 'Oh I want to see you in small venues, I want to touch you!'," the UK rapper recalled. "I'm just kind of bringing it back to basics, the old school, when I used to play really small venues

"We'll be back in arenas in November," he confirmed. "We're going out on the road and every city has got a show in like a theatre sized venues and then like an after party."

> Listen to Example chatting to Capital about his NEW album!

Example is set to officially release his new single 'Kids Again' on 16th March while 'The Ultimate Weekender Tour' kicks off the week before on 13th March.

> Check out the FULL dates on Example's 'The Ultimate Weekender Tour'