The 'Stay Awake' rapper admits he's in no rush to settle down and have children just yet.

Example has confessed that he and wife Erin McNaught are not planning on starting a family together anytime soon.

The rapper was being interviewed by Chris Ramsey as part of the Nando's Grills series when he made the revelation.

Example said it would be the great to have kids right now, but admitted it wouldn't be fair on their potential arrival.

"Ideally, we both want to have kids now," he said. "We are in love, we've just bought a new place with room for a baby – but nine months from now I could be playing Glastonbury and it wouldn't be fair."

He added: "If you are Lily Allen or Adele you can afford to have a year or two off to have kids but I'm not established enough yet. People forget about you too quickly." 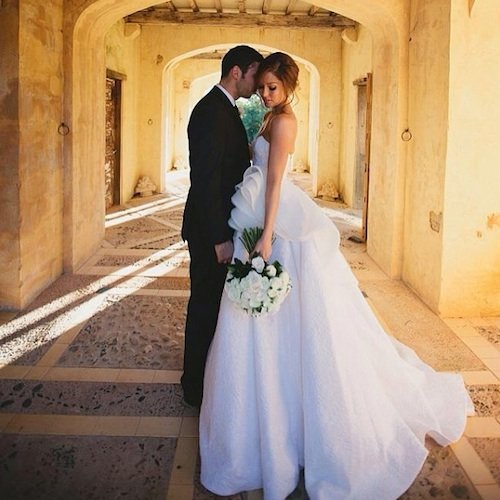 Example tied the knot in Australia at the start of the summer and told Capital how close friend Ed Sheeran almost popped down to perform at the ceremony.

Meanwhile, Example is currently gearing up for the release of his new single 'All The Wrong place' next weekend.