The 'Stay Awake' star unveiled his latest track this week and wants his followers to join him in the promo.

Example is recruiting fans to appear in the music video for his latest single 'All The Wrong Places'.

The 'Changed The Way You Kiss Me' star announced the news on Twitter this afternoon and said filming will take place in West London on 24th July.

Teasing the release of the promo, he last night wrote: "Lyric video for #AllTheWrongPlaces dropping next Monday. Official video to follow a few weeks after that."

Earlier today, he also said that he was busy working on new material after unveiling his new track. 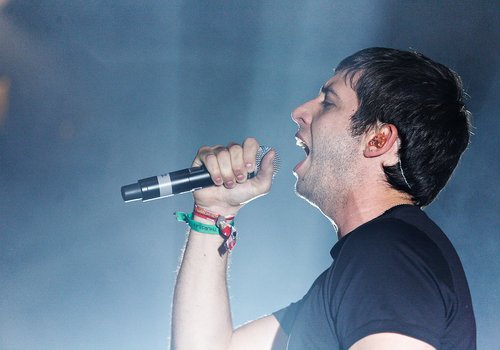 He tweeted: "Working on new songs today. Lots of options for the next single after #AllTheWrongPlaces."

Meanwhile, the rapper has also reportedly signed a brand new record deal with Sony's Epic UK, with 'All The Wrong Places' being his first release since leaving Ministry Of Sound.