Why Does Example’s New Album Sound So Good? It’s All Down To Madonna’s Magic Mic... 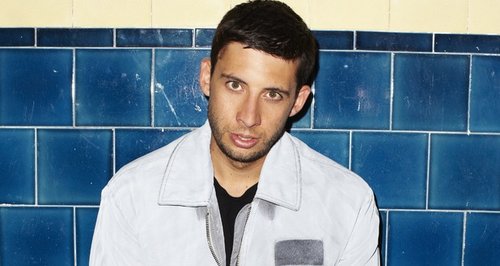 Example’s been using Madonna’s mic to record his new album and has now concluded that it possesses magic powers.

Example’s new album, ‘Live Life Living’ has a touch of sorcery surrounding it – he’s been recording on a magic mic!

He told The Daily Star, “I was recording on this microphone in LA and I was like: ‘This mic is f***ing amazing.When you hear the opening track on the album my voice has a sound quality that I've never been able to capture before.”

Well, it turns out that Example was breathing on the same mic that Madonna had breathed on before. He said, “Stuart said: ‘Oh this is the mic we did the whole of the Confessions On The Dance Floor album with.”

“I’ve used famous microphones before like Sinatra’s, but Madonna’s mic was special.” And we thought the only Magic Mike we cared about was the one involving a naked Channing Tatum!

Example continued, “There’s a certain mystique around it that you can’t explain, because that album reignited her career, I don’t think she’s had the same success since. It must be the magic mic!”

While this may be the best album he has laid down so far, Example is concerned for the future of the music industry. He said, “The industry is going through a lot of changes and nobody seems to care about albums any more.” Well, as long as you have your magic mic, we reckon you’ll be fine!