What A Hero! Enrique Iglesias Joined By Sean Paul For Live TV Performance Of New Song 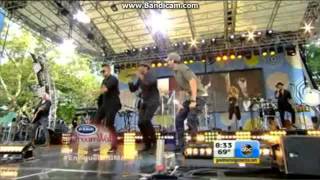 If you've ever dreamed of waking up with Enrique Iglesias then you'll probably wish you were hanging around New York this weekend.

Our Summertime Ball star woke up America with a live performance of his brand new song 'Bailando' and even brought Sean Paul along for some added reggae flava.

The Spanish summer anthem which is taken from latest album 'Sex + Love' has been reworked for the UK and America featuring the rapper alongside singers Descemer Bueno and Gente De Zona.