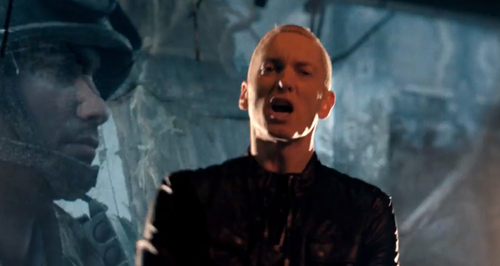 The rapper unveils the latest promo from new album 'The Marshall Mathers LP 2'.

Eminem has released the official video to his new song 'Survival'.

The rapper first debuted the song in the trailer for the new Call Of Duty video game earlier this year.

Check out the video to 'Survival' below:

*Warning, this video features very strong language which may cause offence*

The song follows on from recent single 'Berzerk' - which debuted at number two on the Vodafone Big Top 40.

Eminem's new album 'The Marshall Mathers LP 2' is released on 4th November and the album cover features at the end of the new video.