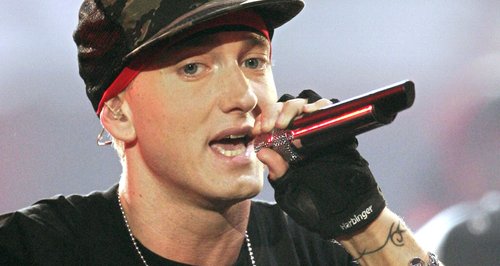 The 'Rap God' star will tour alongside Rihanna in August on a joint outing.

Eminem has confirmed he will be heading out on a stadium tour of the US this summer alongside Rihanna.

The pair teamed up for Eminem's single 'The Monster' at the end of last year, and will now play a three-day joint tour together in August.

"There are some shows coming up with Rihanna," Eminem confirmed to XXL Magazine this month. "It's a three-city tour.

"New York, LA, and Detroit coming in August," he added. "The Monster Tour".

Rihanna and Eminem have previously teamed up their collaboration 'Love The Way You Lie', before reuniting for 'The Monster' on Eminem's album 'The Marshall Mathers LP 2'.

Rihanna is currently working on new music ready for the follow-up to her 2012 album 'Apologetic'.