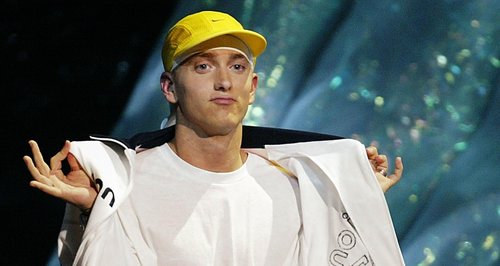 The 'Stan' rapper posted the 90 second snippet of the song set to feature on a new mixtape.

Eminem has released a 90 second snippet of a new song called 'Symphony In H'.

The track will feature on Tony Touch's upcoming mixtape 'The Piece Maker 3: Return Of The 50 MCs' and was posted on the Shady Records official Soundcloud page earlier this morning (19th June).

The rapper has been busy working on his forthcoming new album which producer and DJ Alchemist said this week is "going to further territories".

The star has also been seen in the studio with the likes of Kendrick Lamar, Big Sean and even comedian Chris Rock in recent months.

Back in March, longtime collaborator Dr.Dre also said that Eminem was "finishing up" work on his next record.