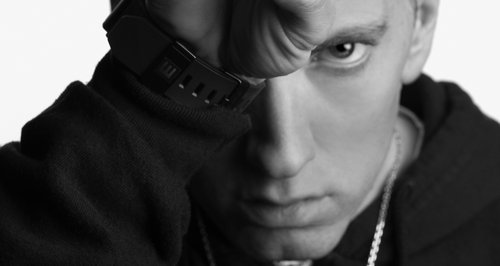 The Real Slim Shady returns with a brand new album this coming November.

Eminem has announced details of his new album 'The Marshall Mathers LP2'.

The sequel to his year 2000 debut album will be released on 5th November and once again sees him team up with executive producers Dr. Dre and Rick Rubin.

The first single 'Berzerk' has been given its world premiere and was produced by Rubin.

News of the new album comes just days after Eminem headlined the Reading and Leeds festival in the UK.

'The Marshall Mathers LP2' is the follow-up to 2010's 'Recovery', which included collaborations with Rihanna and Pink.