Chris Rock Teases Collaboration With Eminem For His New Album

The comedian talks about posting a picture with the rapper last week.

Chris Rock has attempted to explain the reason he was in the studio with Eminem last week.

The US comedian posted a picture of himself with the 'Stan' star and sent Twitter wild with speculation the pair had teamed up for the rapper's new album.

"Uh, I can't really say," said Rock when asked by Fuse TV about the meeting. "Hey, hey, I was on the Kanye record; maybe I'm on the Eminem record."

Chris lent his voice to a skit for Kanye's 2010 album 'My Beautiful Dark Twisted Fantasy'.

Check out a picture of Chris Rock with Eminem in the studio below: (Picture: WhoSay) 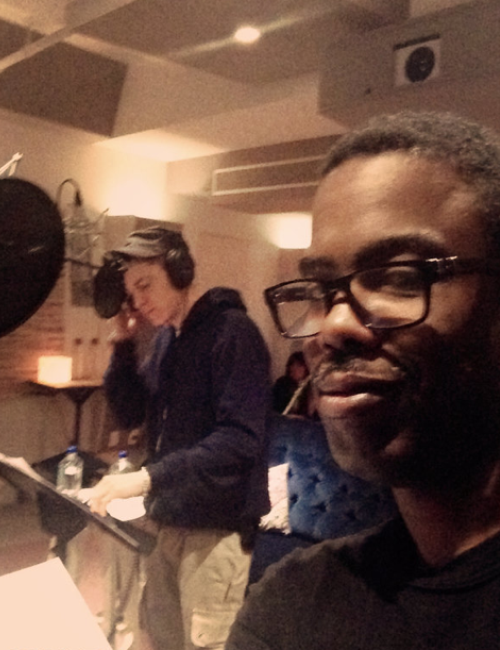 Big Sean also recently teased a possible team-up with Eminem after sharing a shot of the pair together in the studio with the caption "today was historical".

Dr. Dre has also told fans back in March that the rapper is "finishing" up the record with a release date planned for this year.