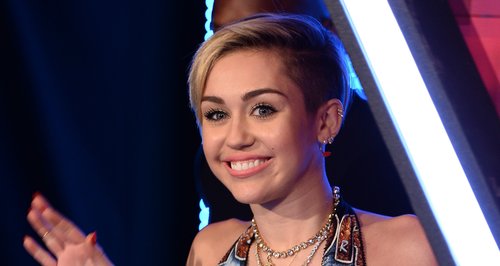 The rapper took home two prizes on the night as well as performing 'Rap God' and 'Berzerk'.

Eminem was the big winner of the night at the MTV EMAs 2013, taking home two prizes.

The Best Song category was hotly contested but saw Bruno Mars win with his huge smash 'Locked Out Of Heaven'.

He also performed latest single 'Gorilla' with other performances coming from the likes of Robin Thicke with Iggy Azalea, The Killers, Kings Of Leon and Katy Perry.

It was a disappointing night for Justin Timberlake as despite being nominated for five awards, he failed to win anything at this year's show.

There were appearances from The Anchorman star Ron Burgundy, Ellie Goulding and Rita Ora among others.

It was also announced today that the MTV EMAs 2014 will take place in Glasgow.