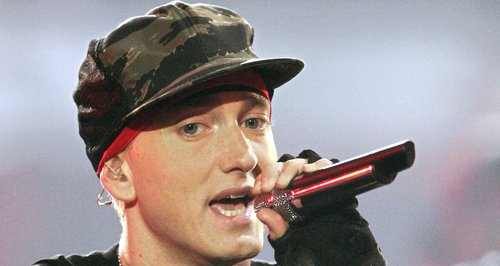 The 'Stan' rapper has been named as the recipient of the top prize at tonight's ceremony.

Eminem will pick up the Global Icon award at the MTV EMAs 2013 tonight (10th November), it has been announced.

The 'Berzerk' rapper will also be in attendance at the Ziggo Dome in Amsterdam to pick up the prize in person.

Macklemore & Ryan Lewis and Justin Timberlake lead the rest of the nominations for this year's event with five nods each.

Lady Gaga, Miley Cyrus, Justin Bieber and Robin Thicke all have four nominations with the likes of One Direction, Katy Perry and Daft Punk also aiming to win big on the night.

The show takes place live tonight from 8pm and Capital will be there with all the latest news, pictures and gossip from backstage of the event.