Ella Henderson On Working With OneRepublic's Ryan Tedder: 'We Just Got Each Other" 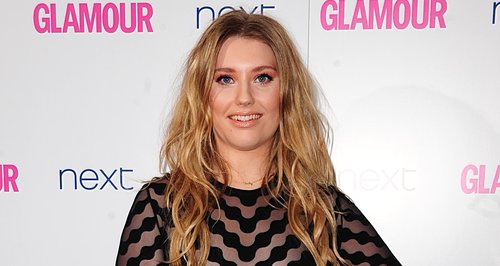 The 'Ghost' singer reveals how well the pair worked together in the studio.

Ella Henderson has opened up on getting to record with OneRepublic's Ryan Tedder on her new single 'Ghost', and says she learned so much from the US songwriter.

The X Factor 2012 star returns this weekend with her new single and says the two just "got" each other when recording for her debut album.

"I've really been learning from the best, people like Ryan Tedder and Salaam Remi can give you words of advice that are irreplaceable," Ella told Digital Spy this week. "One day I'd love to be in their position of being able to write with other people and collaborate."

Ella went on to reveal how well she and OneRepublic singer Ryan worked together when writing her new single.

"He just got me. He's been in the place where I am at now," she explained. 'He was like, 'I remember that feeling when we'd write and write as a band and we never knew what song was going to make us and breakthrough'.

"He told me the biggest thing is to stay grounded and to never forget your roots," Ella added.