Ella tells us what her fans can expect from her second album – and reveals her VERY saucy signature dance move!

Ella Henderson fans prepare to get VERY excited - the lady herself has revealed that she's likely to work with Ryan Tedder again and wants to get Pharrell Williams involved on album two!

AAA Pass: Check Out All The Action From Fusion Festival 2015 As It Happens!

Ella revealed the news to Capital backstage at Fusion Festival with Vimto, admitting she's been working on the second album, the follow up to her hit debut album 'Chapter One'.

The 'Ghost' star told us, "All I can say is that this next record will have a definite sound to it. I’m not going to say too much but there’s going to be a lot of exciting work on there because I think I really found who I worked with best on the first record.

"I’m aiming to get back in the studio with Ryan [Tedder] again, fingers crossed for someone like Pharrell [Williams] and there’s a lot of exciting collaborations." 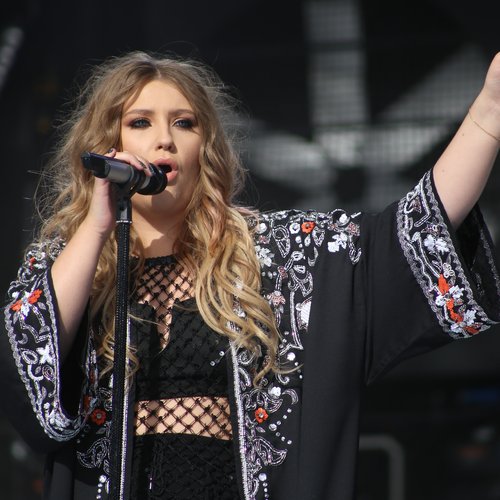 Anyone that's familiar with Ella's number one debut song 'Ghost' knows that she worked with OneRepublic's wonderboy Ryan - so the prospect of another of his tracks with her vocals on SERIOUSLY promising.

As well as working hard on new music, Ella revealed her signature dance move… and it's a lot saucier than we'd imagine from Miss Henderson! Click play on the video above to find out what it is…