The 'Need U (100%)' star also says he wants to watch homegrown UK talent like Disclosure and Rudimental.

Duke Dumont and A*M*E have named Justin Timberlake and Disclosure as just some of the acts they can't wait to see on stage at the Capital FM Summertime Ball 2013 today (9th June).

The pair scored a huge hit on the Vodafone Big Top 40 earlier this year with 'Need U (100%)', which reached number one, and will be performing together later today at Wembley Stadium for the Capital FM event.

UK singer A*M*E says she is most looking forward to bumping into Summertime Ball guest host Justin Timberlake backstage, as well as being introduced by the 'Mirrors' star on stage.

"I just had to tell myself yesterday that he's actually going to know who I am," she told Capital FM presenter Max. "Justin Timberlake is going to call my name!

"He's going to know I live on this Earth and that I exist!" she explained. "I'm going to be seriously stalking him today, I'm in that mode."

Duke Dumont said he's also a big fan of the 'Suit & Tie' star and is also looking forward to seeing some of the emerging UK talent on the Summertime Ball bill.

"I'm a huge fan of Justin Timberlake," he revealed. "I'm excited to see the Disclosure guys and the Rudimental guys, kind of home-grown talent.

"I'll be nice to wee what they do on stage and hang out with them later on as well," he added.

The Capital FM Summertime Ball 2013 sees performances from the likes of Robbie Williams, Taylor Swift, The Wanted and Jessie J. 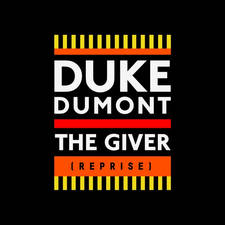