Drake Pulls Out Of Wireless Festival 2014 Due To Illness 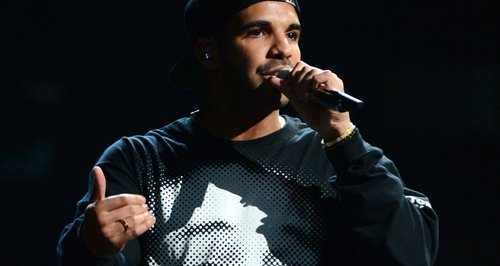 Kanye West and Rudimental will now fill his headline slots in London and Birmingham.

Drake has been forced to pull out of his Wireless Festival 2014 performances this weekend due to illness.

The 'Take Care' rapper had been scheduled to perform in both Birmingham and London over the course of this weekend but has been taken ill, in an announcement made earlier today (3rd July).

In Birmingham on Friday (4th July) Rudimental will now perform an extended set to close the show, being joined by an array of top-secret special guests for their appearance.

"To my believed fans, it truly breaks my heart that I won't be able to perform as planned at Wireless and Roskilde this weekend," Drake said in a statement to announce the news. "I got sick a few days ago and although I am on my way to bouncing back, my doctors have made it clear that I am not physically fit to fly or deliver the performance my fans expect and deserve from me.

"I will be focused on resting for a quick recovery," he added. 'I have the best fans in the world and I can't wait to come back to make more incredible memories together."

Bruno Mars is also set to close out Wireless Festival 2014 this year when he performs as the headliner in Birmingham on 5th July and in London on Sunday 6th July.

Keep it Capital ALL this week for your chance to win tickets to the festival of the SUMMER!