We're already excited for this one!

It's fair to say that Drake and The Weeknd are two of the biggest music stars on the planet. Both have had countless hit songs and their respective albums have topped the charts across the globe.

But one thing we've never had is a joint project from the two.

Yeah, we know they've had tracks together, such as 'Crew Love' and 'The Zone', but never a long form release. 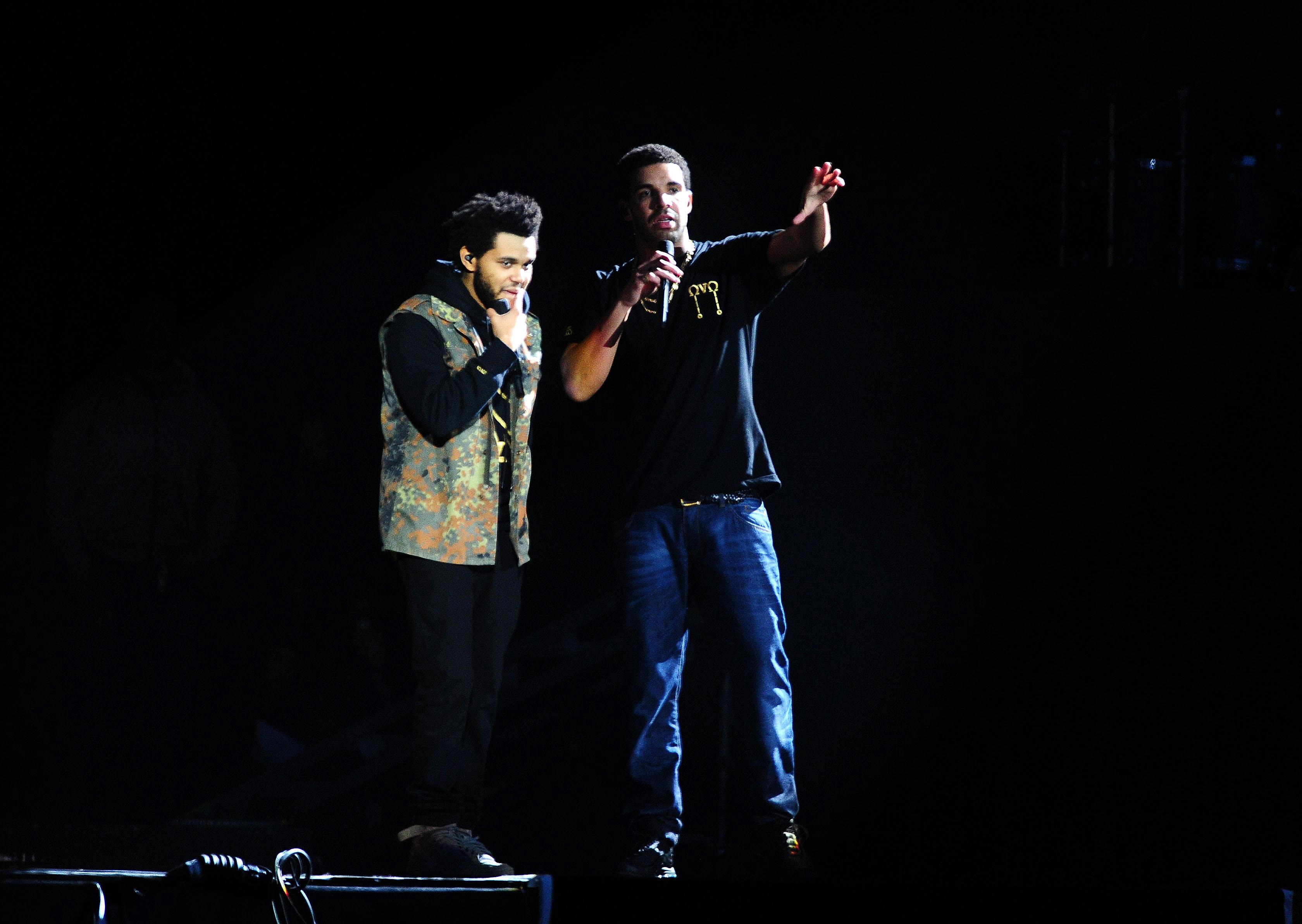 However, if Drake has anything to do with it, it sounds like that could actually become a reality in the not too distant future and we're so here for it.

Speaking on stage at his annual OVO Fest having just performed on stage with his fellow Canadian artist, Drake exclaimed, “I want you to understand what this is. First of all, I don’t want to do this to you on stage, but I feel like that OVOXO project has to happen at some point. I just want to say that.”

Drake brought out The Weeknd to perform at the OVO Fest. pic.twitter.com/A6BAMO6QEz

Kanye and Jay Z did it with the brilliant 'Watch The Throne', whilst Drake has even released an awesome collaborative album before alongside Future on 'What A Time To Be Alive'.

With Drake's infectious flow and The Weeknd's seriously smooth vocals, this is already looking like a hit in the making, so if they could make it happen ASAP we'd be really grateful...thanks guys!

Whilst you're here, remind yourself of what happened when Travis Scott took to the stage at Drake's O2 Arena show in London...

Jump into the Capital app now for more Drake chat, or if you're more of a Weeknd fan we've got some of that for ya too, you lucky people!