WATCH: The Moment Drake Sang ‘Hotline Bling’ At A Bat Mitzvah And Everyone There Lost Control!

Drizzy surprised the 12 year-old and her friends with an impromptu performance and it was GOLD.

Just imagine the scenario where Drake ACTUALLY rocks up to your party to perform for you and all of your friends PRETTY much making you the coolest kid in school. Well that’s what’s happened to one lucky 12 year-old in NYC.

Real estate mogul Ben Ashkenazy’s daughter Gigi has her Bat Mitzvah at the weekend at NYC’s prestigious Rainbow Room when suddenly Drake rocked up as a surprise to give a private performance. Just IMAGINE!

Drake then ploughed through a string of amazing hits from ‘Back To Back’ to ‘Summer Sixteen’, a cover of Fetty Way’s ‘My Way’ and, of course, his signature song ‘Hotline Bling’ - which BASICALLY saw a room full of tweens losing their s**t and dancing like their lives depended on it. Standard.

Sadly the party wasn’t QUITE done out of the kindness of Drake’s heart as TMZ claims the Canadian star changes between $300,000 and $600,000 for private performances, though considering Gigi’s dad is worth over a BILLION, we’re not too worried for them.

Watch Drake sing ‘Hotline Bling’ at the Bat Mitzvah below:

Drake performing "Back To Back" at a bat mitzvah last night in NYC. pic.twitter.com/6Sb02JknxQ 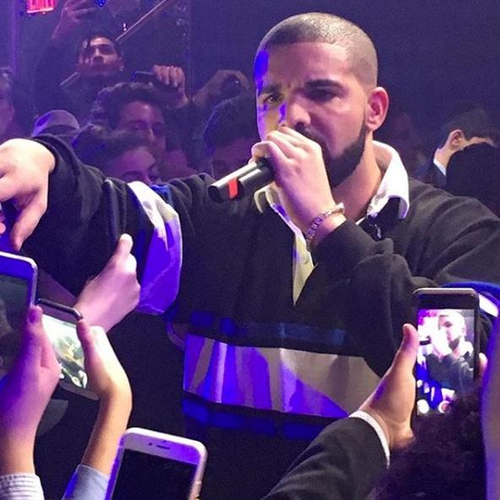