The 'White Noise' duo will be appearing at Wembley Stadium on 9th June.

Disclosure are the latest act to join the ever-growing line-up for this year's Capital FM Summertime Ball 2013 with Vodafone.

British duo Guy and Howard Lawrence, better known as Disclosure, have been making waves over the past year with chart hits like 'Latch' and 'White Noise'.

It was confirmed on Capital Breakfast today (26th April) that the two will be one of this year's huge acts to play the Summertime Ball, which returns for its fifth year running on 9th June.

Other acts also confirmed to be performing on the day include Robbie Williams, Taylor Swift, The Wanted, Jessie J, Will.i.am and Ellie Goulding.

Tickets for the Capital FM Summertime Ball 2013, at Wembley Stadium on 9th June, go on sale from this morning at 8am. 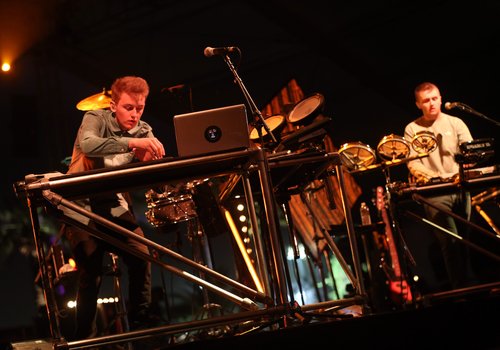 Keep it Capital for all the latest news on this year's Summertime Ball with Vodafone by heading over to ourSummertime Ball area and via the Capital App.