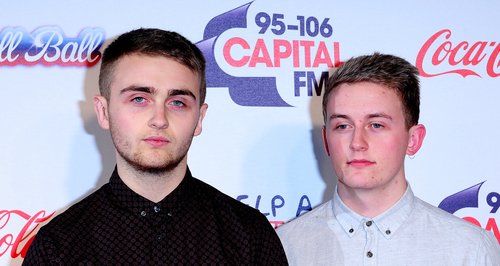 The 'Latch' duo chat exclusively to Capital FM about meeting and recording alongside the 'No More Drama' star.

Disclosure have opened up on getting to record and perform with R&B superstar Mary J. Blige and described the 'Family Affair' singer as "so lovely" and 'really down-to-earth".

The 'White Noise' duo performed 'F For You' with Mary during a performance in New York earlier this week, and dropped a brand new studio version and music video of the song featuring Mary yesterday (23rd January).

Yeah she's lovely!" Disclosure's Howard revealed exclusively to Capital FM this week. "We actually met her for the first time properly in person a few days ago in New York, when she came out and performed with us.

"We got to hang out backstage with her. She was so lovely," he explained. "There's none of that changed by fame thing at all. She's really down to earth."

Disclosure are set to appear in person at the Grammy Awards 2014 this Sunday (26th January) where they are up for Best Dance/Electronica Album for 'Settle'.