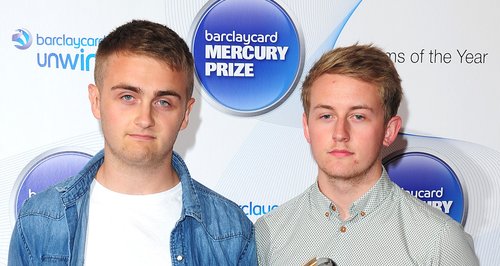 Event organiser Emily Eavis confirms Guy and Howard for a "big" slot at this year's event.

Glastonbury Festival organiser Emily Eavis has confirmed that Disclosure will be performing at the event this year.

Guy and Howard made their debut last year and will be back for a "big slot" again in June.

"We're sitting with Disclosure and we can say that they'll be back, which is brilliant for us because they had an amazing year last year and they are one of the greatest British acts at the moment," she told NME this week. "So that's exciting too, so you can see them in a big slot. Somewhere."

It's been a huge year for the pair who were shortlisted for the Mercury Prize, performed at the BRIT Awards and had one of the most successful albums of the past 12 months with 'Settle'.

Meanwhile, Disclosure are also among the stars set to perform at T In The Park 2014.

12 Facts To Prove You're A True Disclosure Fan