The ‘Talkin’ About’ singer treated us to an impromptu spot of karaoke at this weekend’s HUGE music event.

Conor Maynard was in VERY good spirits at Wireless Festival 2015 this week, and couldn’t stop singing even AFTER he got off stage!

The ‘Can’t Say No’ star caught up with Capital’s Max backstage at this year’s Wireless where he showed off his skills with an impromptu cover of Fetty Wap’s hit ‘Trap Queen’… as well as bit of Daniel Beddingfield’s signature anthem ‘Gotta Get Thru This’!

The UK singer ALSO revealed an anecdote from the backstage area around when he spotted Brooklyn Beckham… and whether he was planning to catch-up with good mate Niall Horan at the festival this weekend!

Hit play on the video above to watch our exclusive catch-up with Conor Maynard backstage at Wireless Festival 2015. 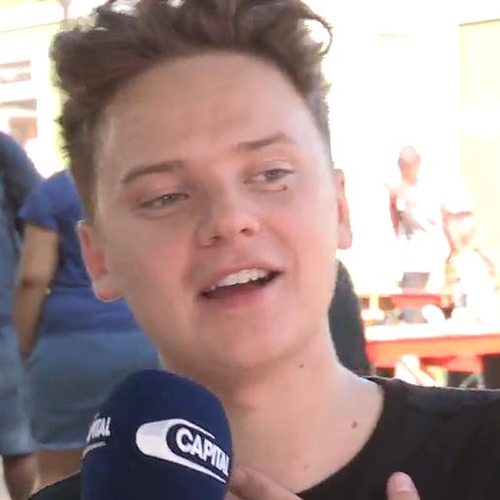 While backstage at Wireless Festival Max also got to catch up with Gorgon City about their new album and what's next for them, which you can watch in the video below: