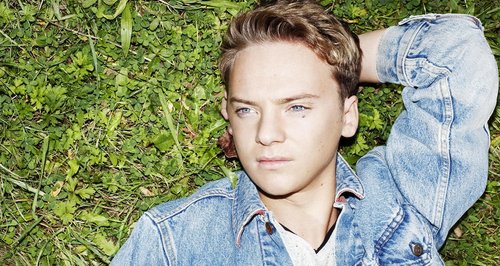 The 'R U Crazy' star is looking for fans to help them put together a brand new show on the channel for 2013.

Conor Maynard is set to take over Capital TV soon and is asking fans to help him pick out some songs for a new mixtape show.

The 'Can't Say No' singer wants you to help shape his very own mixtape show and assist him in deciding what music videos to play.

Do you want to see what Conor Maynard thinks about the latest song from The Wanted, or maybe you want to find out whether the UK singer prefers Katy Perry or Lady Gaga?

Conor's takeover show on Capital TV won't be airing until later on in 2013 so there's plenty of time to get your suggestion in an prove you're a true Mayniac.

Send in any music video suggestions you have for Conor, along with your reasons why, by using the form below.

You can also tweet Conor @CapitalOfficial by using the hashtag #ConorMaynardOnCapitalTV to send in your ideas.