The 'Turn Up The Music' singer was seen out in New York last night shortly after confirming break-up from Bajan star.

Chris Brown was spotted out with a mystery female in New York last night as the pair attended a Met Ball after party together.

The R&B singer was snapped out shortly after confirming his split from Rihanna this week.

The singer dressed in a red suit jacket and had his arm on the lower-back of his guest to the Costume Institute Gala Benefit Met Ball after party.

The event itself was attended by stars such as Beyonce, Taylor Swift and Kanye West.

Kim Kardashian, Miley Cyrus and Cara Delevingne were also among the red carpet arrivals for the annual event.

Check out a picture of Chris Brown and the mystery female in New York last night below: (Picture: Rex). 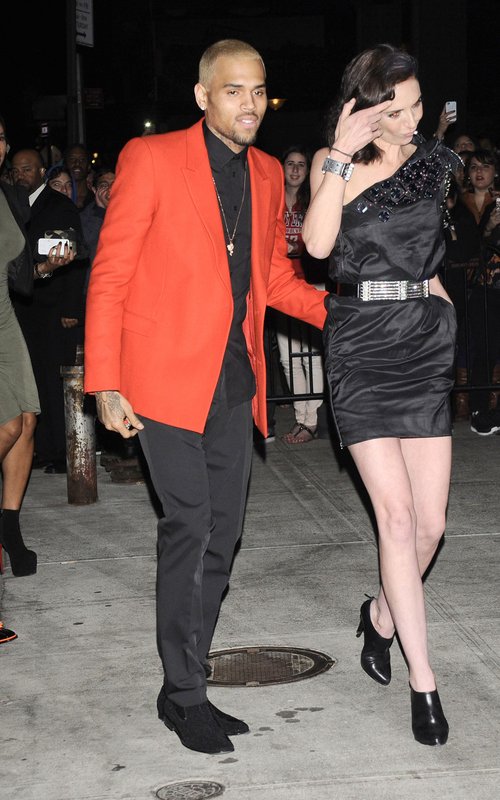 The 'Fine China' singer also posted comments on Twitter insinuating that he will now "love from a distance" and admitted it can be too much loving someone at times.

Rihanna has also seemingly tweeted about the break-up and said "love ain't for kids" in a teasing post.