The 'Turn Up The Music' star tells fans to expect even more surprises on his forthcoming record.

Chris Brown has confirmed that a collaboration with Rihanna will feature on his new album 'X' despite previous claims he had dropped it from the final tracklist.

The 'Don't Wake Me Up' singer also revealed that team-ups with Kelly Rowland, Nicki Minaj, Wiz Khalifa, Kendrick Lamar and B.o.B will be on the record.

The R&B star broke the news to fans on his Twitter account earlier today (4th July) and said there would be "more surprises to come". 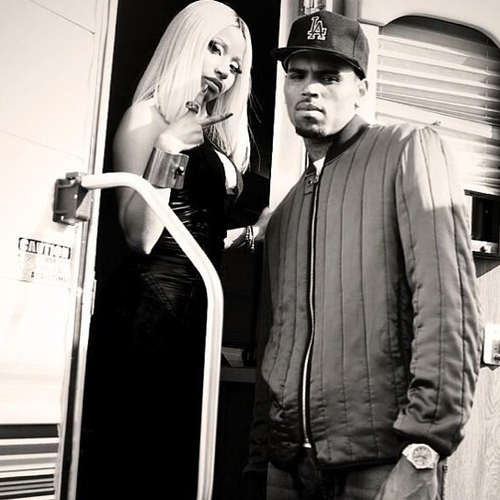 Last month it was stated that the Rihanna duet was pulled from the album following the pair's break-up earlier in the year.

Chris Brown will release 'X' later this month and has also been seen in the studio with Jennifer Lopez for a track aimed to be included on her next album.

Last weekend, the singer also performed on the line-up of the BET Awards 2013.