The 'We Found Love' singer was also praised for her latest 'Diamonds' world tour show.

Chris Brown's mum took to Twitter account this week to thank Rihanna for "everything" and praised her gig in New Jersey.

The 'You Da One' star's 'Diamonds' world tour rolled into Newark over the weekend and it was watched by the mother of the 'Turn Up The Music' singer.

"@rihanna YOUR SHOW WAS INCREDIBLE TONIGHT. THANKS FOR EVERYTHING WE LOVE YOU," she wrote on her social networking account.

Rumours this week began circulating that Chris and Rihanna had once again split up after the R&B star deleted her on Twitter and she was pictured kissing a mystery male fan.

The couple's relationship has continued to hit headlines in recent weeks with suggestions they were growing apart.

Check out the picture of Rihanna kissing a mystery male fan which sparked speculation on their relationship last night below: (Picture: Twitter) 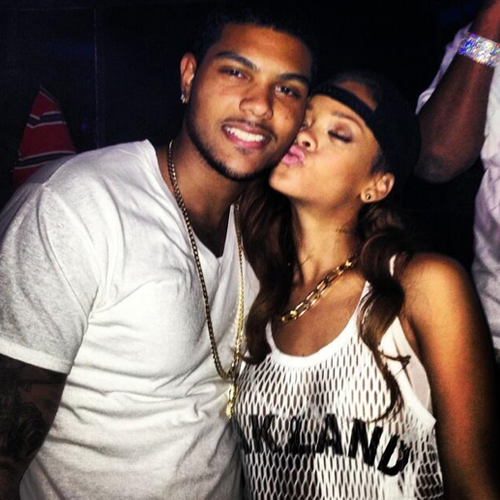 Chris also released new song 'I Can't Win' after unfollowing the singer on Twitter – a track which features lyrics seemingly aimed at his ex.

The pair have also collaborated on a new track to be features on his upcoming new album 'X'.