The 'Don't Wake Me Up' singer partied with his former girlfriend in Los Angeles this weekend.

Chris Brown was spotted partying with his ex-girlfriend Karrueche Tran on Friday night (3rd May) as he celebrated his forthcoming birthday.

The 'Turn Up The Music' singer, who turns 24 today (5th May), was without rumoured new flame Rihanna – with reports the pair have since split up over the past week.

The 'Don't Judge Me' singer went back to his old bleach blonde hairstyle and joined friends at the Emerson nightclub and was with an array of beautiful women throughout the night.

Last week saw the R&B star unfollow Rihanna on Twitter – fueling claims they had in fact broken up.

Reports had also suggested that an argument over a visit from the male star to see the Bajan singer in Canadan on her tour had lead to the separation. 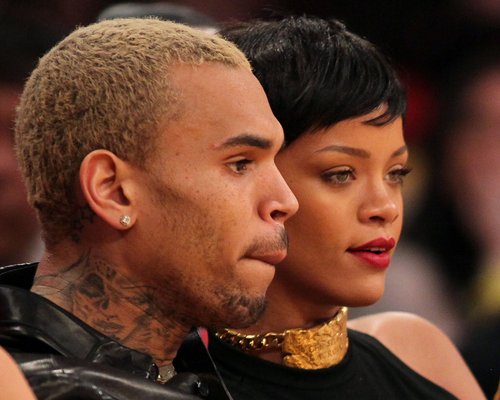 The couple rekindled their romance after Chris split from Karrueche back in October and have been in the headlines together ever since.

Rihanna has also gone on to say that Chris is "the one" and would love to one day start a family together.