The 'Turn Up The Music' singer is preparing to unveil his latest record in July, which already contains Rihanna team-up.

Chris Brown has taken to his Twitter account to once again tease details of his new album 'X' and said he's just recorded a "priceless collaboration".

The 'Don't Wake Me Up' singer will release the follow up to 'Fortune' in July and has already confirmed a team-up with Rihanna for the record.

Speaking on his social networking account, he wrote: "Just did a collaboration for my album that is priceless!!!! Not telling!"

He's also worked with Jennifer Lopez in the studio recently – but yet to confirm if the duet will make it onto his record.

Chris new album also features the single 'Fine China' – which was released at the start of April. 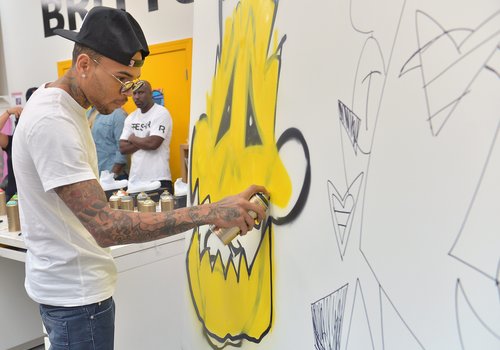 Meanwhile, the singer's private life continues to hit headlines with talk that he and Rihanna are no longer an item.

She was spotted kissing a mystery male, he unfollowed her on Twitter and then unveiled new song 'I Can't Win' to add further fuel to the break-up stories.