Karrueche Tran Would Still Take Chris Brown Back If He Splits From Rihanna?

The 'Turn Up The Music' star broke up with the model before rekindling his romance with the Bajan star.

Chris Brown's former girlfriend Karrueche Tran has apparently revealed that she would be happy to take the singer back if he splits from Rihanna.

The 'Don't Wake Me Up' singer broke up with the model shortly before he rekindled his romance with the 'Talk That Talk' star towards the end of last year.

"She likes him a lot. There's nothing like the first real love," a source told Hollywoodlife. "They were together and there are still feelings there so yes, I think she would."

The insider added that Karrueche knew what she was getting herself in for and the star's past.

"She had a good time with him and he respected her and treated her good and he never lied to her," the source explained. "He was up front from jump so you have to respect that. 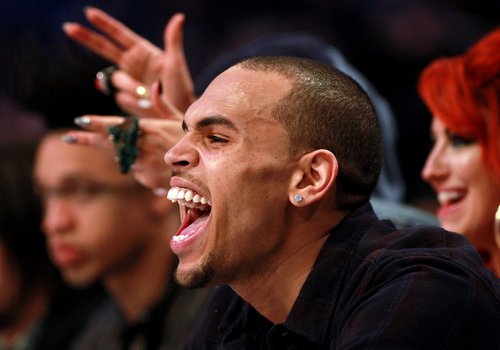 "He may have done some things that people on the outside judged him for, but Karrueche always knew what to expect."

It has also been claimed this week that Rihanna and Chris Brown may have broken-up despite previous reports they are wanting to get married this summer.