The 'Turn Up The Music' star has releases the first promo from forthcoming new album 'X'.

Chris Brown can be seen echoing some of Michael Jackon's biggest music videos during the promo to his latest release 'Fine China'.

The track is the first to be lifted from his new album 'X' and features a modern Romeo and Juliet tale with the R&B star in the lead role.

He takes a forbidden lover for an evening of dancing – with battle scenes and moves similar to that of 'Bad' and 'Smooth Criminal' from Michael Jackson.

The star ends the promo locked in a confrontation with his love's father and both males with a huge army of support behind one another – ready to do battle.

The singer recently told MTV how he was aiming at a more nostalgic sounding record that paid similarities to his own earlier R&B style.

"For the first single, I wanted to go more nostalgic, bring Stevie Wonder, Michael Jackson, Sam Cooke to it, but also bring a new sound to what my audience and fans are listening to," he revealed. 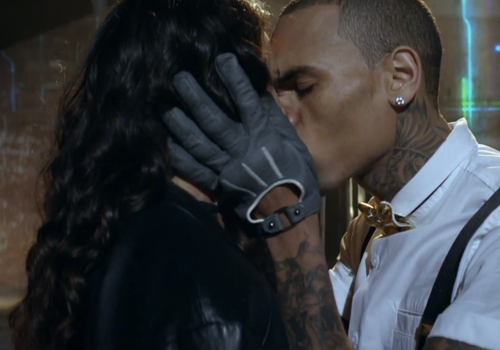 The album will also feature a new collaboration with Rihanna called 'Put It Up'.

The song is available to download now with new album 'X' expected to be released next month.